At BASC we look after the interests of over 148,000 shooting enthusiasts – more than any other organisation in the UK.

We use our size and all our experience to support the sport you love and give you the highest level of insurance cover built into your membership. You can always be certain that you’re properly protected.

If you are already a member, don’t forget to introduce a friend – you could both win a brand new Browning shotgun. See our Member Get a Member page on the website for details.

What does BASC stand for? 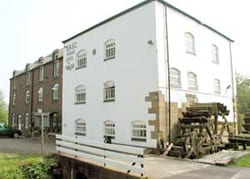 The British Association for Shooting and Conservation

How did BASC come about?

The organisation was founded as the Wildfowlers’ Association of Great Britain and Ireland, (WAGBI) in 1908 by Stanley Duncan FZS and Sir Ralph Payne-Gallwey Bt.

Why did Stanley Duncan form the Association?

There were three main reasons why he set up WAGBI.

When and why did WAGBI become BASC?

In 1981 WAGBI changed its name to the British Association for Shooting and Conservation (BASC). This change was agreed at the Annual General Meeting of that year in recognition of the fact that shooting sports required a single representative body and that WAGBI was the most suitably placed organisation to take on that role. BASC was incorporated as an Industrial and Provident Society and formally became The British Association for Shooting and Conservation Limited in January 1997.

How many members does BASC have?

Where is BASC based?

The association’s national headquarters is based at Marford Mill in Rossett, North Wales. There are also four regional centres across England and three national centres in Wales, Northern Ireland and Scotland.

How many staff work for BASC?

There are currently 110 people working for BASC across the country.

How is BASC run?

The organisation is run by a democratically elected council of members. The council is charged with overseeing the management of the affairs of a growing, multi million-pound turnover organisation, which has very public responsibilities. In practice, the Council, as a body, delegates day-to-day running of the Association to the chief executive. This does not, however, detract from the Council’s overall responsibility.

How is the organisation structured?

The organisation’s patron is the Duke of Edinburgh. There is also a president, chairman, council and a chief executive.

What are our key aims?

BASC is a national representative body for sporting shooting. We have five strategic objectives:

BASC Direct Limited (Registered in Wales No. 09113296) is a wholly owned subsidiary of the Association.  BASC’s Council established this company to ensure certain financial transactions relating to non-members can be easily identified, recorded and managed.  Like all companies, BASC Direct Limited operates under the Companies Acts.  Directors are appointed by BASC Council and may vary from time to time.

Complete the form below to send a message to this owner.

This site uses Akismet to reduce spam. Learn how your comment data is processed.

We use cookies to ensure that we give you the best experience on our website. If you continue to use this site we will assume that you are happy with it.Ok